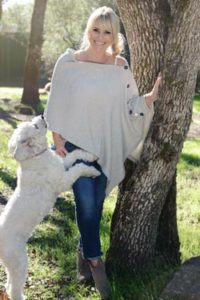 Some intuitives tell stories of experiencing paranormal events as a child or the ever-present energy that is picked up day and night that can’t be turned off. This certainly was never the case for Amy, not to mention this career path was a huge surprise. With a very pragmatic approach to intuition, Amy found herself to be intuitive growing up, but it didn’t seem to be anything out of the ordinary. In hindsight, perhaps accurately predicting a family accident at age ten should have been looked at with more inquisitiveness. But it wasn’t until Amy was in her early thirties with a successful business career that her intuitive abilities truly began to surface.

Feeling that she had a bigger calling in life and looking for clarity, Amy had her own reading with a psychic. In that session Amy was told that she would be doing very similar intuitive work but also with a medical specialty. Amy was intrigued but confused as this was so far from her existing life. She was years into a career in Real Estate and couldn’t believe that profound intuitive abilities would somehow surface. This prompted Amy to contact several other reputable intuitives, curious if they would say the same thing. They all did. It still seemed very far-fetched until three months later.

Out of nowhere Amy began knowing the health challenges and injuries of those around her. From friends to people in passing, she knew things such as when someone had an injured ankle, was pregnant or had a cavity on a specific tooth. She was dumbfounded. Desiring to expand this new intuitive potential, she studied with a well-known intuitive medical doctor in order to learn the physiology and anatomy of the body. From there her abilities increased, involving mediumship and reading every aspect of someone’s life from relationship to life purpose. Unable to explain any of this but relying on the faith that this is a part of her life purpose, she began taking countless classes across the country and read books on all things mystic. She began to redevelop herself, her business and what she thought she knew about life. Amy eventually made a huge leap of faith, closed her Real Estate business and began seeing clients in her new healing center.

Amy’s stellar online reviews and referrals draw clients from inside and outside the United States, as far as China and Australia. Amy has expanded her practice to include teaching workshops in California and Hawaii as well as offering life coaching programs looking to help people completely change their lives around. Her sessions are about channeling clear and accurate intuitive guidance in all aspects of your life, including health. Her readings show you potential paths and identify where you’re stuck, what your health challenges are, help you see your own potential and show you the steps needed to regain physical and emotional balance.